The secret of how to master anything: 10 000 hours of training. Summary and thin slicing of Malcolm Gladwell’s book Outliers: The Story of Success 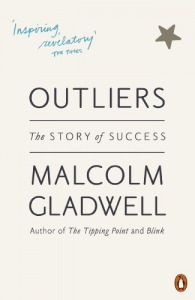 Outliers: The Story of Success

A fair slice of his latest book might be summed up in the old saw about genius being 1% inspiration and 99% perspiration. His own favourite figure is that to be genuinely good at anything, from writing a book to being a Beatle, takes a magic total of 10 000 hours of intensive training – that’s about 3 hours/day for 10 years (like in this joke: “Excuse me, how do I get to Carnegie Hall? “Practise.”).

By the way, thin slicing is a term used by Malcolm Gladwell in his book ‘Blink’, which means taking the smallest slice of cake vertically in order to find out what the cake is like. Similarly the spd rdng techniques are designed to allow you to focus on the smallest amount of information possible to understand a subject or text. Summaries and micro-summaries are examples of thin slicing.

And AI machine learning algorithms can train themselves in minutes as opposed to humans who would take 10 000 hours. Soon humans will become irrelavent as one of the top Cassandras Yuval Noah Harari in 21 Lessons for the 21st Century predicts.

‘Thin slicing’ and summary of Malcolm Gladwell’s new book Outliers: The Story of Success
4.9 17 vote[s]
Posted in summaries of books.