“Phew. Just finished speed reading the new Harry Potter book. My score on a scale of 1-10? I think it’s a 6. My favourite is still Harry Potter and the Goblet of Fire – it had lots of fun challenges and you got the best glimpse of Hogwarts).This one’s a bit different from all the others.

Firstly it’s the script for a play, so it’s quite different from reading a novel. The whole story is told through what the characters say to each other – plus some stage directions. But once you get over that, you read it just the same as the others – except the play is in two parts, so the book is too.

Secondly Harry and the others are grown ups which is a bit weird. And they’ve got children. So the story is a mixture of grown ups we sort of know, plus children we don’t know, in Hogwarts which we know well (but now Neville Longbottom is a professor of herbology at the school – Hagrid’s still there – and the head is now Prof McGonagall.

I’m not giving anything away (because JK Rowling introduced all these characters at the end of Harry Potter and the Deathly Hallows) by telling you that the story is about Harry and Ginny’s children, Albus, James and Lily – but Lily’s too young to go to Hogwarts – and Ron and Hermione’s children, Rose and Hugo, Bill and Fleur’s daughter Victoire, and Tonks and Lupin’s son Teddy (last seen snogging Victoire), and Draco Malfoy’s son Scorpius (who would call their son Scorpius??? – Draco Malfoy obviously).

But now it gets tricky. What can I write without spoiling the story for you? OK. I’ll try. 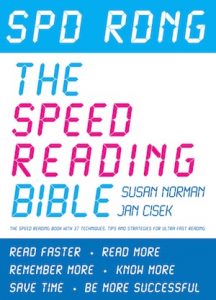 It’s a really good story. It’s a very complicated story. It happens in different times, so it’s really helpful if you know all the other books and characters quite well (I do – and so does any other true Harry Potter fan). When I first started it was really difficult to know what was happening because everything was mixed up, but then it all got quite exciting – and a bit (a bit!) clearer.

It’s mostly about Albus Potter and Scorpius Malfoy – which is odd because Harry and Draco were enemies. And Harry and Albus don’t see eye to eye on – well, pretty much everything.

I haven’t really got a favourite character because not many of the characters appear for long. All the scenes are quite short (they might be longer when you watch them.) There’s a sort of cliff hanger at the end of Part One – but actually the way the story is told everything’s quite jumbled with different realities so it’s quite hard to keep track of which reality you’re in.

Who is the cursed child??? I’ve got three possibilities. I’m not sure – you’ll have to decide.

If you want to know any more, you’ll have to read it yourself. But that’s the whole point. And I think you’re going to love it.”

How to speed read Harry Potter or any other novel

Reading summaries of novels or plays is a valid way of getting overviews, for example, a summary of Harry Potter the Cursed Child.