How to hold a pen or pencil correctly and ergonomically 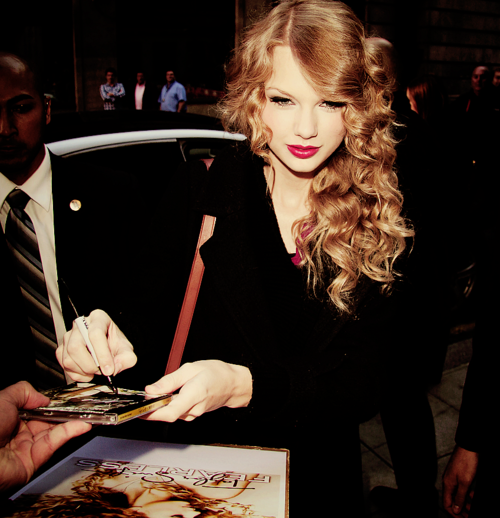 What if I told you most of us hold our pen and pencil the wrong way? We tend to hold a pen between the thumb and index finger, however, there is a much better and more effective way to do that.

According to research by Dr. Hideki Oshiki from the Joetsu University of Education in Japan, holding a pen correctly could save you energy but 90% of people hold their pen the incorrect way.

In fact, holding a pen between the index and middle finger is the right way. This kind of grip is achieved effortlessly by children and practised by painters and artists, including famous American recording artist Taylor Swift, pictured.

It is believed that Taylor Swift is used to signing hundreds of autographs for her fans. She started playing the guitar at a young age and her fingers used to hurt so much that she switched to holding the pen ergonomically, between her index and middle fingers. There are many posts about how Taylor Swift holds her pen – some of them saying that she doesn’t know how to hold it or that she’s holding it in a funny way. Well, she’s very bright, creative and intuitive about her pen holding – no surprise that she’s been voted one of the 100 most influential people by Time Magazine. Who knows, maybe the way she holds her pen is influencing her music writing? I do hope that more people will copy her pen-holding style – which is obviously the most ergonomic way of holding a pen or pencil for writing but also for signing autographs. 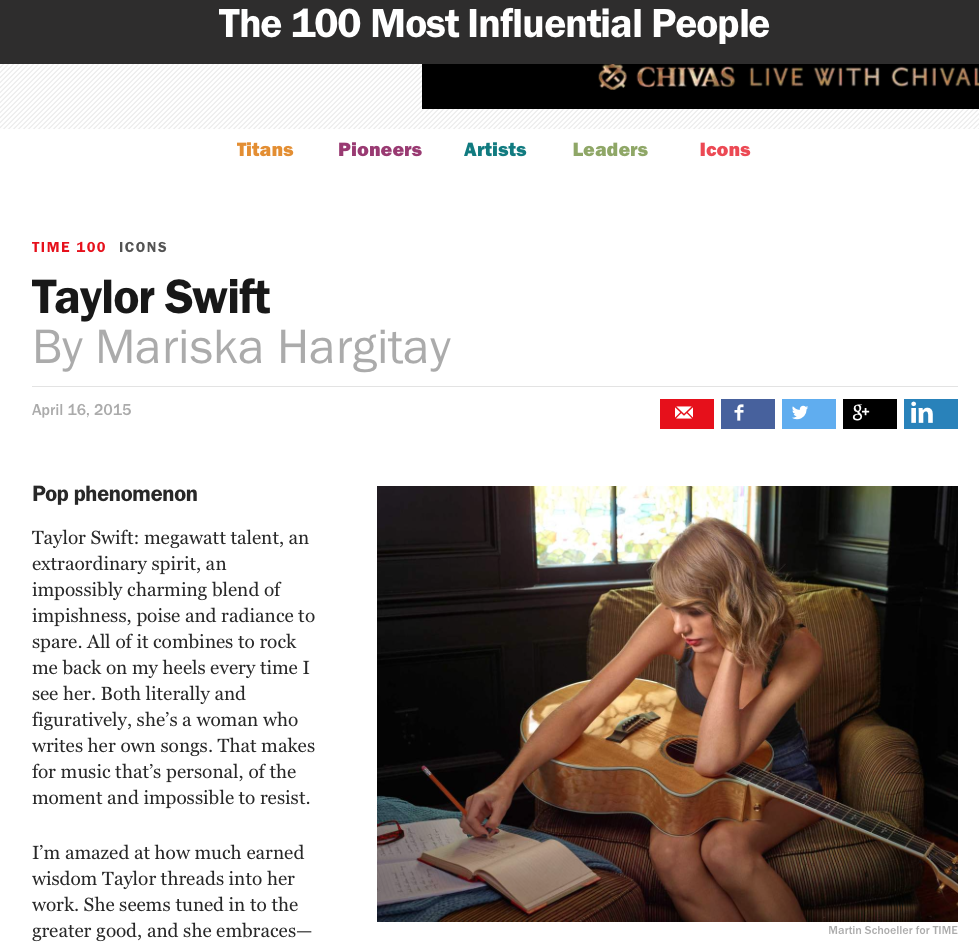 However, she is not the only one to use this grip, which was also practised in many old paintings. The grip, also known as the adapted or dynamic tripod grip (or modified tripod grasp) has many benefits, including preventing you from bending your wrists while writing, reducing fatigue, cramps and pain in the fingers and palm. All are symptoms that arise from incorrect or a too-firm grip across large periods of time. Writer or a student sitting exams? It is considered as the most mature and efficient grip and it becomes more important, the more you write.

Anne Frank, as a young girl was holding her pencil ergonomically too. 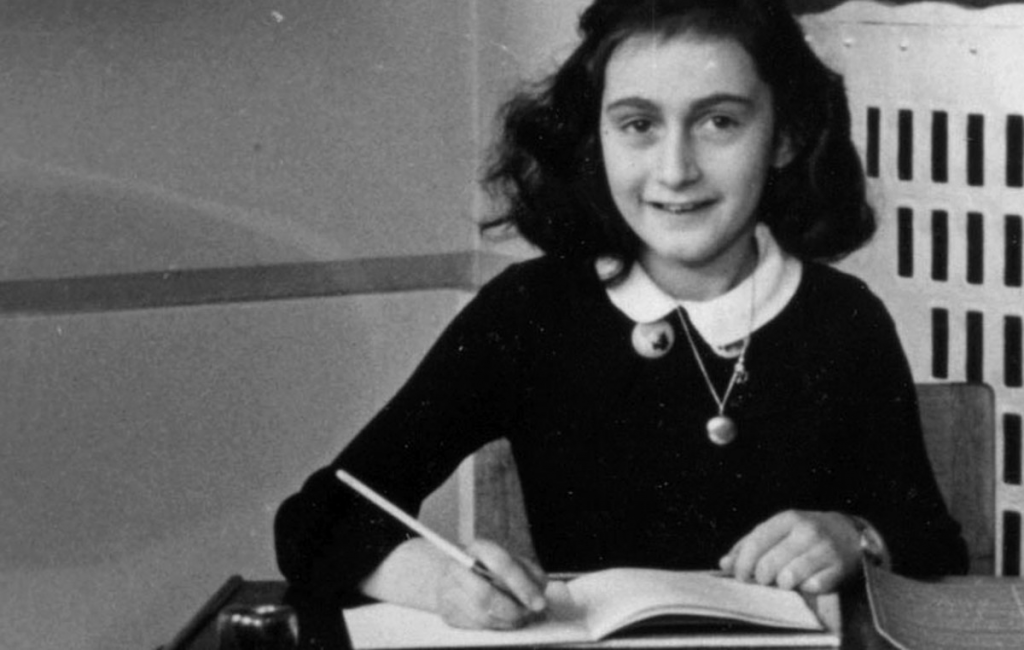 Practice how to hold a pen properly

At the start when attempting this method it may feel odd and will require practice. After all, we’ve been used to a certain grip out entire lives, right? As children, we learned how to hold our pen or pencil and changing old habits can prove to be a challenge. According to research, it takes about 21 days to establish a good habit, so don’t give up too early. I’ve been holding my pen ergonomically for years now and indeed it took me about 21 days to get used to it so now it feels completely natural. The old (un-ergonomic) way feels strange and tense now. But, with practice, it will become second nature and you will notice your handwriting becomes clearer. It will really make writing easy and more flowing!

There’s more to efficient writing than just your grip

To make sure you maximise the benefits of ergonomic pen grasp, it is best to practice writing seated up straight with your feet on the ground, resting your forearms on the desk or surface. Using a thick good quality, not a cheap or smearing pen and remembering to perform exercises such as quick stretching by your own or squeezing a tennis ball could also help you by easing any pains. While training yourself to use this new grip, applying tape loosely over the top of the thumb and index finger while writing, could be a good idea, especially if you are someone who presses their pen hard. The tape will pull when you increase force and will remind you to relax and not press as much. Try it now for yourself. 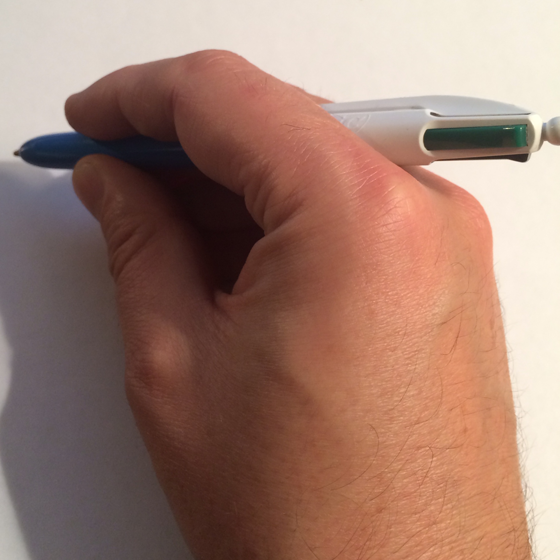 The most ergonomic way of holding a pen is between the middle and index fingers, rather than between your thumb and index finger. This can reduce muscle stress and increase the comfort and legibility of the writing. Try it now.

Interesting enough analysis of old paintings reveals that many people in old times would hold the quail or a brash when painting in that fashion. Also, many children naturally want to hold the pen that way which feels more comfortable and intuitive to them.