By reading Shakespeare – which has dramatic effect on human brain

They function to uphold social order and spread altruistic genes, according to evolutionary psychologists. While the romantic era helped us evolve into more virtuous beings, reading Shakespeare can boost our brainpower. Shakerspeare used a technique known as functional shift, which involves making an adjective or a noun into a verb. In The Winter’s Tale, heavy thoughts are said to ‘thick my blood’. Researchers at Liverpool University revealed this technique causes a spark in the brain activity, as we’re forced to understand what a word means before we comprehand the function of it within a sentence. Source University of Liverpool 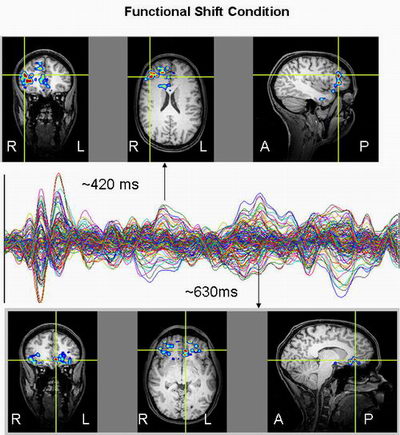 The effect of functional shift on the brain. Credit: University of Liverpool