Summary Romeo and Juliet by William Shakespeare (1564-1616)
(from Passing Time in the Loo: Volume 1 – Summaries of All-Time Great Books) 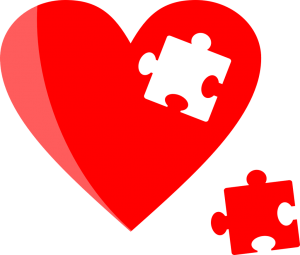 Story overview
For a very long time the Capulets and the Montagues had been feuding. Harsh words often led to violence between the two houses, who were sworn as deadly enemies. Prince Escalus of Verona happened upon one such bloody brawl and angrily pronounced, “If ever you disturb our streets again, your lives shall pay the forfeit of the peace.”

Shortly after this, Romeo and his cousin Benvolio met on the street, and Romeo sadly confessed his unrequited love for an aloof and indifferent young woman. “[Give] liberty unto thine eyes; Examine other beauties,” was Benvolio’s curative. But Romeo was unmoved: “Thou canst not teach me to forget.”

Meanwhile, as Lord Capulet arranged for the marriage of Juliet, his 14-year-old daughter, to Paris, a kinsman of the Prince, he advised Paris to woo the girl gently. That night Capulet was to give a party so Paris could meet Juliet. He called a servant to deliver the invitations.

Now the servant could not read, so as he walked along he petitioned Romeo and Benvolio to read the guest list to him. In thanks, he told Romeo, “If you be not of the house of Montagues, I pray come and crush a cup a wine.” Since Romeo’s unreceptive Rosaline was named among the guests, Benvolio urged Romeo to go and find out for himself that Rosaline was a “crow.”

As Romeo and his friend Mercutio, both wearing masks, searched for Rosaline among the gathering, Romeo’s eyes fell upon the exquisite Juliet – and Romeo remembered Rosaline no more. “O, she doth teach the torches to burn bright!…Did my heart love till now?” he chimed. However, fiery Tybalt, Capulet’s nephew, overheard Romeo pouring out his heart and reported to his uncle that a Montague had invaded their festivity. But Capulet was not alarmed and would have no bloodshed; besides, Romeo seemed to be “a virtuous and well-governed youth.”

Romeo approached Juliet offering “my lips, two blushing pilgrims,” to which Juliet replied, “Ay, pilgrim, lips that thou must use in prayer.” But Romeo at last convinced her to press her lips to his – just before Juliet’s Capulet mother called her away. Romeo was stunned by this revelation that the girl was a daughter of his father’s enemy, but vowed that not even death would keep him from his true love.

The party ended, leaving Romeo outside the Capulet house, gazing up in lovesick rapture at Juliet’s window. Just then, to his joy, Juliet leaned from her balcony. Romeo whispered: “But soft! What light through yonder window breaks? It is the East, and Juliet is the sun!” As he debated within himself whether to speak to her, she, thinking herself alone, began to pour out her heart: “O Romeo, Romeo! wherefore art thou Romeo? Deny thy father and refuse thy name; or, if thou wilt not, be but sworn my love, and I’ll no longer be a Capulet.”

Unable to contain himself, Romeo stepped out of the shadows. Though ashamed at her overheard declaration, Juliet reconfirmed her passion, but warned him that if her family discovered him there, he would be killed. Romeo was not alarmed, “For stony limits cannot hold love out.” As he swore of his love by the moon, and by his heart, Juliet begged him not to swear at all. Things were happening too fast; the world seemed suddenly brilliant and fragile “like the lightening which doth cease to be.” So, the fragile lovers exchanged vows and agreed to meet the next morning.

On his way home, Romeo stopped by the monastery to visit Friar Lawrence. “Our Romeo hath not been in bed to-night,” the Franciscan observed. “I have been feasting with mine enemy,” replied the young man. “… Plainly know my heart’s dear love is set on the fair daughter of rich Capulet … what thou must combine by holy marriage.” The Friar teased Romeo for his fickle nature (only yesterday he had professed undying love for Rosaline), but agreed to perform the marriage, in the hope that “this alliance may so happy prove to turn your households’ rancor to pure love.”

The following morning, Mercutio and Benvolio were worriedly searching for Romeo; Tybalt had sent out a challenge for him to fight. But when the pair finally met up with their enamored young kinsman, he was in no mood for fighting. At this point Juliet’s nurse came on the scene and took Romeo aside to demand his intentions. Romeo assured her that his love was in earnest and bade her bring Juliet to the Friar’s cell, where they would be married that afternoon.

The wedding was performed; the lovers were to again meet later that evening. But that afternoon Benvolio and Mercutio ran into Tybalt and some of his men. Though Benvolio, remembering the Prince’s edict, declined to duel, Mercutio and Tybalt began a joust of insults, with Mercutio’s wit outdoing the other’s words. Just then, the newly-married Romeo appeared, and Tybalt demanded that the “villain” fight. Romeo protested, “I never injured thee, but love thee better than thou canst devise.” Mercutio, however, ached for a skirmish, and he and the equally hot-tempered Tybalt drew their sabers. Romeo stepped between the two, but Tybalt thrust forward and stabbed Mercutio, then bolted away. As the dying Mercutio was carried off, Romeo, torn with anger and mixed loyalties, confronted and killed Tybalt. Benvolio then implored his cousin to hide in order to avoid revenge or arrest.

The Prince and a group of citizens came upon the bloody scene and called for an explanation from Benvolio. Silencing arguments as to where the blame fell, the Prince declared, “I will be deaf to pleading and excuses. When Romeo is found he shall be put to death.”

Juliet impatiently awaited the arrival of her husband, when her nurse came with the news: “Tybalt is gone, and … Romeo that killed him, he is banished.” Distraught, Juliet sent the nurse off once again: “O, find him! give this ring to my true knight.”

In the meantime, Romeo, hidden in the Friar’s cell, had just been informed of a change of heart by the Prince – rather than death, Romeo should only be exiled from Verona. Then the nurse came with news from Juliet: “She weeps and weeps.” The Friar advised Romeo to wait until nightfall and then go to his true love.

That night Romeo went to Juliet’s room; as dawn broke, the lovers could barely let themselves part. Soon after, Lady Capulet entered Juliet’s chamber, believing the girl had stayed secreted in mourning for Tybalt. She spoke of the murder and the vengeance it demanded. “But now,” she announced at last, “I’ll tell thee joyful tidings, girl”; and she apprised her daughter that she would soon be married to Paris. When Juliet balked at any such wedding, her father flared up in anger: “I tell thee what – get thee to church … or never after look me in the face.”

Juliet now hurried to the Friar’s cell, both to confess her filial disobedience and to see Romeo. There she met Paris, who was arranging for their forthcoming marriage. Though Juliet openly confessed to loving another, Paris mistook her words as a declaration towards him and promised that they would be married in bliss. After he left, Juliet turned to Friar Lawrence for help. Indeed, the Monk had a plan: He gave her a vial with a potion inside that would make her appear to be dead, but in reality would only bring on a long sleep. When her family discovered her “lifeless” body, they would place it in the Capulets’ tomb, and the Friar would then send for Romeo to rescue her and take her away from Verona.

The Capulets rejoiced when Juliet returned home and told her family that she would consent to marry Paris. But on the evening before the wedding, Juliet partook of the potion, and the next morning, when the Friar and Paris came to seek the bride, they found the parents filled with grief. They took Juliet’s limp body, according to plan, to the family tomb.

Meanwhile, in Mantua, word of Juliet’s death reached young Romeo ahead of the Friar’s messenger. Rushing to Verona, the disheartened youth paused to purchase a vessel of poison. “Well, Juliet, I will lie with thee tonight,” he pledged.

At the Capulet’s vaulted tomb, there young Romeo found Paris, also in mourning. Recognizing Romeo, he drew his sword. The two fought and Paris was fatally wounded. In the throes of death, he pled with Romeo to lay him next to his love. Romeo hesitated, then dragged the other man inside the tomb so that he too could lie near Juliet. Then, looking down at his bride, Romeo cried out, “… Eyes, look your last! Arms, take your last embrace! and lips, O you … seal with a righteous kiss a dateless bargain to engrossing death.” Leaving a kiss on the beauty’s silent lips, Romeo drank the poison and lay motionless by her side.

Soon, Juliet awoke – to find her young husband lying next to her, dead. Hearing footsteps approaching, she unsheathed Romeo’s dagger and plunged it into her breast, bewailing, “O happy dagger! … Let me die!”

Just then the Friar entered, followed by the Montagues, the Capulets, and the Prince. Before them lay Paris, along with the limp bodies of the two lovers. At once each family began to cast blame upon the other for the tragedy. The Friar, however, stepped forward and explained the circumstances which had led to the deaths of their tender children, whose only sin was to have loved. When he heard the story, the Prince called out mournfully, “Where be these enemies? Capulet, Montague, see what a scourge is laid upon your hate, that heaven finds means to kill your joys with love. … All are punished.”

At these words, the adversaries clasped hands in brotherhood. “A gloomy peace this morning with it brings,” intoned the Prince in a final note, “… for never was a story of more woe than this of Juliet and her Romeo.”

Commentary
Perhaps Shakespeare’s most famous play, Romeo and Juliet combines the contrasting elements of humor and sorrow, bawdiness and civil strife, and innocent love and ignorant hate to rouse an amazing depth of mixed tenderness and tension. Although a Chorus begins the play by notifying the audience that these near-perfect lovers will in the end take their own lives, an irrational sense of hope remains that somehow they might escape their destiny. But the pride-hardened loathing between the feuding families leads the play to its inevitable tragic end.

Moreover, though the drama is one of ultimate reconciliation, ironically, both families lose their only children – neither family line will be carried on. In a sense, Shakespeare is suggesting that war and hate lead, not to victory for either side, but to spiritual annihilation. 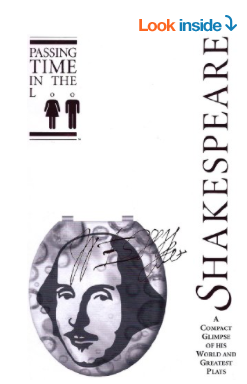 Passing Time in the Loo: Shakespeare – Summaries of Shakespeare’s Greatest Sonnets and Plays