The speed of modern life is 2.3 words per second, or about 100,000 words a day. That is the verbiage bombarding the average (American) person in the 12 hours they are typically awake and ‘consuming’ information, according to a new study ‘How Much Information?’ by the University of California, San Diego. 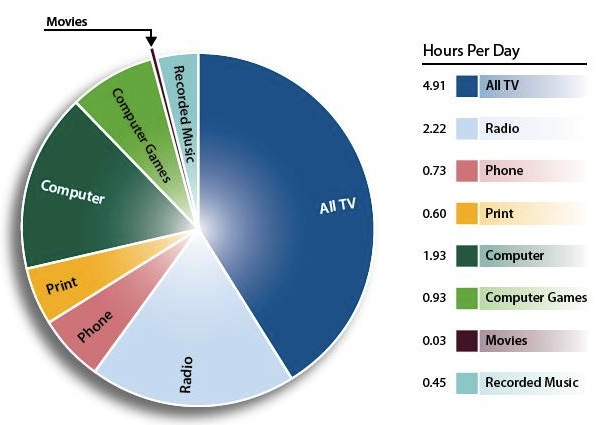 The average American consumes 100,000 words, or about 34 gigabytes of information, every day

More great insights from the study:
– Americans read less print media as an overall percentage of their information consumption, but they’re actually reading more than ever in quantity.
– From 1980 to 2008, the number of bytes we consume has increased 6 percent each year. Over 28 years, that’s a 350 percent increase.
– Video game consumption saw the biggest leap in time spent. That’s not just video games as you know them, but also games on your phone and on social media sites such as Facebook. 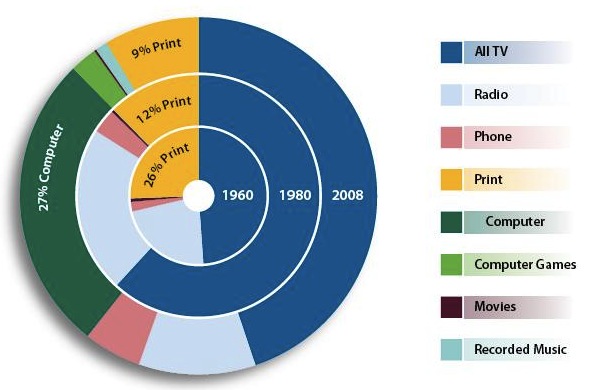