Designing Brand Identity: An Essential Guide for the Whole Branding Team by Alina Wheeleer
Good and practical approaches to branding as well as all key branding concepts. The one to start with, and probably the best intro book into branding. 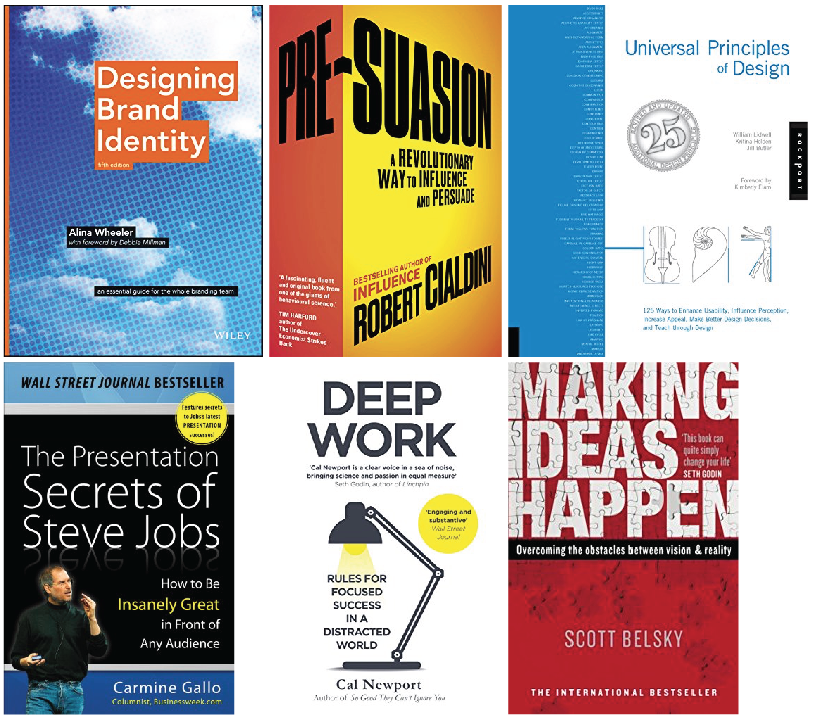 Kellogg on Branding: The Marketing Faculty of the Kellogg School of Management by Philip Kotler
More academic but still practical with good summaries of different well-tested branding processes – this one I would buy later if you still need more info on branding.

END_OF_DOCUMENT_TOKEN_TO_BE_REPLACED 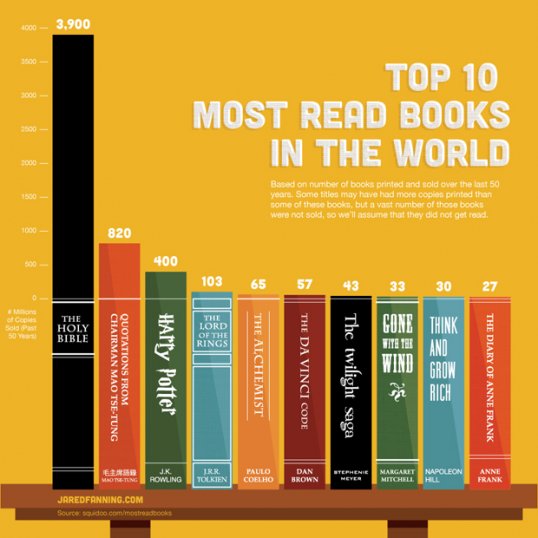 Top 10 most read books in the world

Top 10 Most Read Books in The World are: The Holy Bible, Quotations from Chairman Mao Tse-Tung, Harry Potter, The Lord of The Rings, The Alchemist, The Da Vinci Code, The Night Saga, Gone with the Wind, Think and Grow Rich, and The Diary of Anne Frank (according to writer James Chapman who created a list of the most read books in the world based on the number of copies each book sold over the last 50 years.). Read about more top bestsellers

Learn how to speed read so you can read all the books you want to read in half of the time or less.